These past few few (exhausting) weekends have been filled with painting the exterior of the new family house, and I thought you might enjoy some of the photos as much as me. 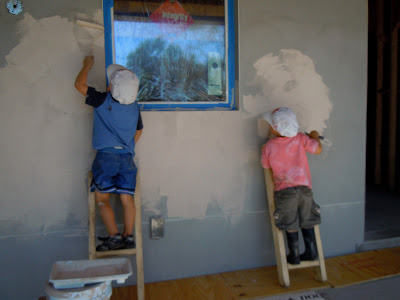 After a few hours of real house painting, painting while standing on level ground was simply too tame for Isaac and "I do everything Isaac does" Eli.  So discarded forms were put to use as ladders. 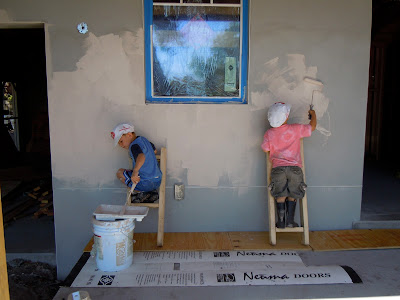 Grandpa David taught the kids how to balance their paint tray on the 5 gallon bucket.  But I'm guessing he didn't anticipate they'd do it while squatting on a ladder. 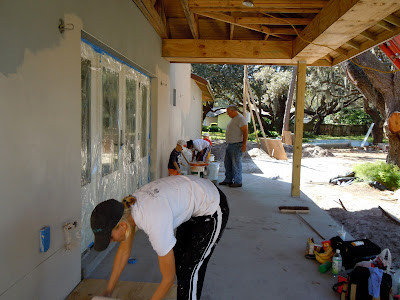 Before she started painting each day, Michelle would pack coolers and snack bags AND assemble dinner in the crock pot which she carried to the job site for supper. 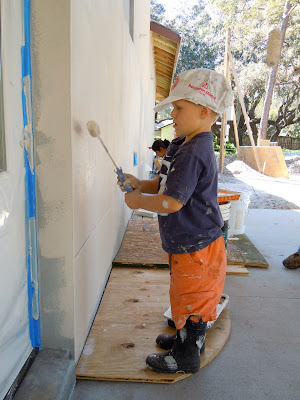 Seriously, can a painter get much cuter than this? 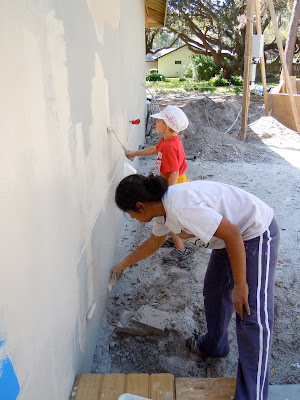 The kids really enjoyed painting.  I love their concentration...especially the tongue.  (Click to enlarge) 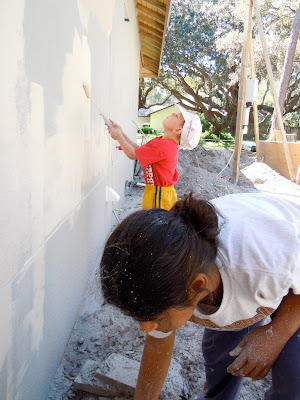 Kyle and Michelle have done wonderfully at involving each of the kids in the WORK of the house building so they can have the satisfaction of helping to build it, and hopefully ownership in helping to take care of it as well. 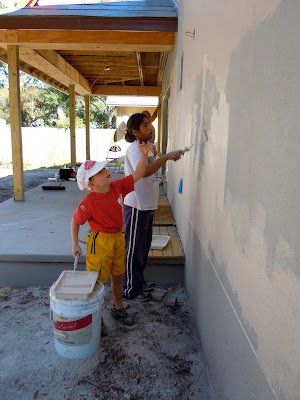 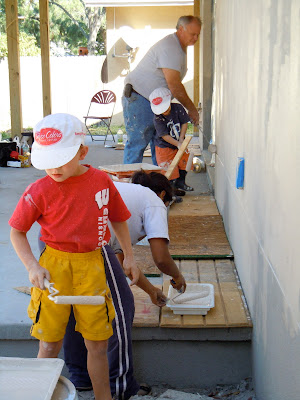 Grandpa David found out just how little individual work the adult who is "supervising" the kids gets done, what with filling paint trays and smoothing out blotches and runs for the half-pint helpers. 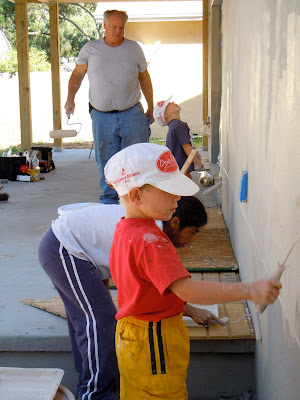 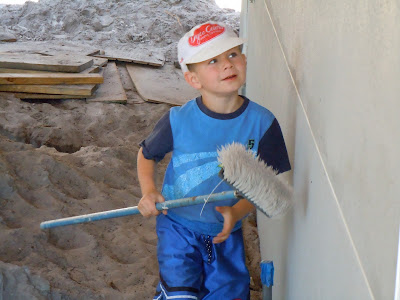 Dried on dirt from previous rains had to be brushed off before painting the stucco.  If only I approached ALL my work with this much joy and anticipation. 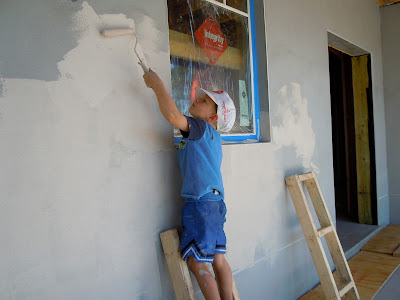 Isaac was so happy to be painting, that most of the weekend he was humming while he worked. 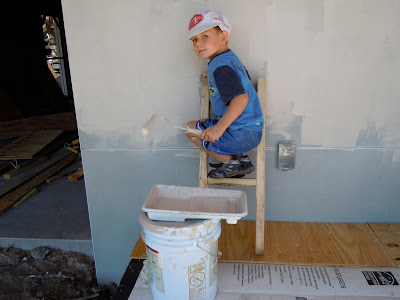 We are proud to be WORKERS! 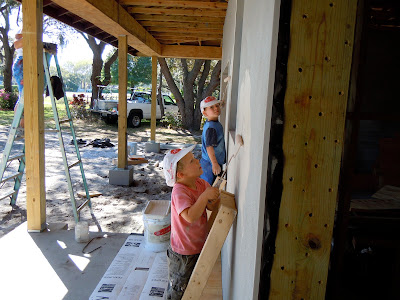 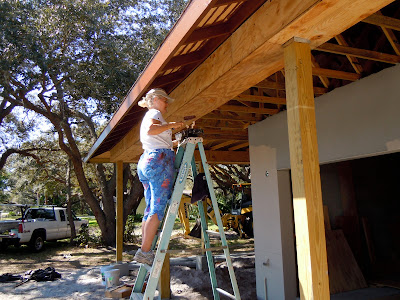 I have always admired how HARD David pushes himself, but after painting 2 full days in a row of contorting my neck and shoulders to paint the trim under the soffit from the ladder, I have even more respect - He had done it even longer the weekend before.  I bought those big butt pants several years ago and have been saving them all this time just to paint in :-) 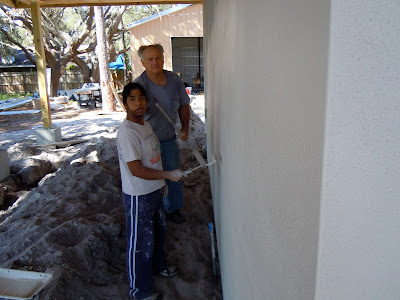 David keeps the rest of us adults in the family laughing at his attempts to communicate with Prema, but he worked with her for hours both days that particular weekend, and when he told her (through an interpreter :-) that she had done a good job painting that day, she just BEAMED. 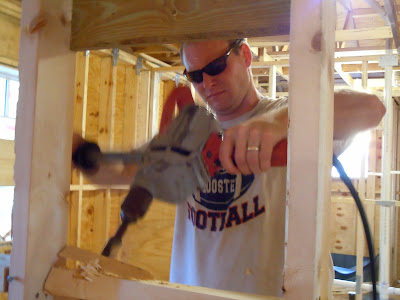 I took all the painting photos on the weekend that Kyle was installing electrical on the inside, so this is the best I can do.  He's worked many nights after work in addition to the weekends for months and months, and will have plenty more ahead before it is finished, but I'm pretty sure he will say it was worth all the planning, stress and hard work.
Posted by Sandy at 7:05 PM

Hope you've had a great time with family!

good post. I love the first picture. I sure hope as does Kyle that the kids helping work will encourage them to not destroy as much. They certainly are good workers though. Its been enjoyable to see their diligence and enthusiasm to help.

I've really enjoyed looking through these photos and reading your descriptions of everything. The kids really look like they embraced the hard work. What wonderful life lessons they are learning! Thanks for sharing!