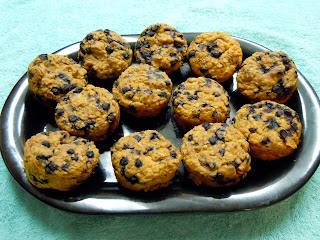 An intriguing picture from the October 2010 Triathlete magazine of a dumbbell baked into a giant muffin caught my eye, but the recipe from BJ Gumkowski, a five time Ironman, intrigued me even more, since I've been on the lookout for a low fat, high protein, low sugar, high fiber muffin that actually tastes good and doesn't resemble cardboard when you chew it.  I've made my own variation of the recipe twice now, and the results have been good enough to call this recipe a definite keeper.  I'll post the recipe for the way I made it yesterday.  They won't really rise, but thanks to the egg whites, they are surprisingly "light".  I will continue to try this recipe with many variations. Preheat oven to 350 degrees.  Spray muffin tin with cooking oil (or grease with coconut oil).  I used a medium size non-stick muffin tin for 12 muffins using about 1/3 cup mix in each.

Mix ingredients until all are wet and evenly distributed, then add the blueberries.
1 cup of fresh or frozen blueberries***

Bake 25 minutes at 350.  Leave the muffins in the pan for a while after so they can finish cooking - they are very moist.  I turned mine in the pan after 5-10 minutes, so the bottoms wouldn't get soggy, and I think I popped them back in the already cooling oven for a big longer before removing.

*  I used this combination of grains in place of 1 and 1/2 cup of oat bran called for in the original recipe.

**I like to throw my over-ripe bananas in their skin in the freezer, then I microwave for 1 minute at high power, cut the stalk end off and squeeze the banana like a toothpaste tube, starting at the end opposite the cut.  The banana will goosh nicely out of the skin, usually with no mess whatsoever.

***I used frozen blueberries both times I made this recipe.  The first time I tossed them in frozen, but this time my berries were tiny and covered in freezer frost, so I thawed enough (drink the juice, don't toss it:-) to make a cup.

The next time I make this version, I'll add some cinnamon and some almond extract.
Posted by Sandy at 11:38 AM No comments: 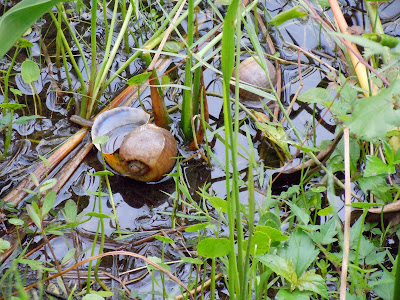 133.  I had a brief, unanticipated meeting with an old friend as I walked in the park Sunday morning.

134.  Though I smiled inwardly at this friend's ready assertion to me of personal attendance at a worship service earlier that morning and wondered if a smile might come to his face if he knew how few corporate worship services I'd taken part in these past few years

136.  I greatly appreciated his transparent admission of entering world view quandaries and theological struggles similar to some of mine

137.  and the few moments of empathic conversation. 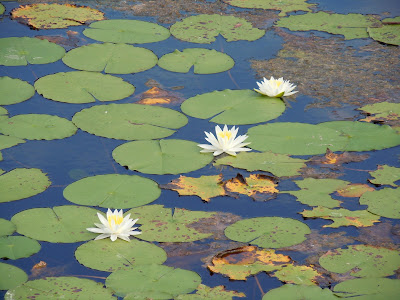 138.  I returned to photographing the water lilies before hurrying home to dinner with my husband and son and his always lively family.

139.  The intentional "gratitude walk" with camera in hand, had succeeded, as it almost always does, in turning my thoughts to thankfulness to God for the beauty that surrounds me

140.  and for the gifts of a safe community in which to walk

141.  and the awe and inner relaxing and reordering of thoughts that awaits when I step outside.

141.  Thank you, God, for healthy grandsons and a morning at the park staging "zoo animals" for photos 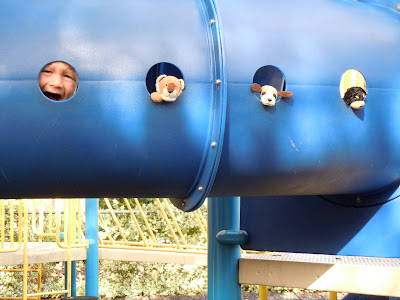 142.  and for missing the small "no swimming" logo on a nearby sign even though I searched for it before allowing

143.  the boys to play in "the river" fountain for many fun-filled minutes 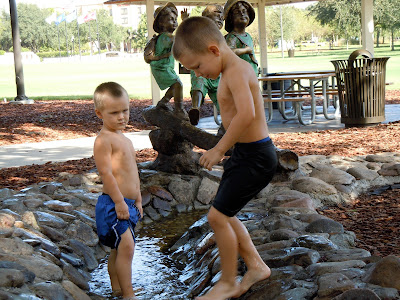 145.  and for those boys' quick obedience to end the water play once I spotted the prohibition...sigh...the threat of litigation spoiling fun once again...

146.  for noisy, tiring, but happy family meals together

147.  where babies can get baths in the kitchen sink 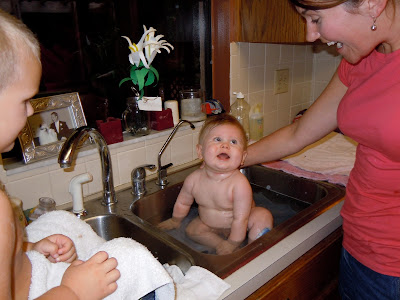 148.  and attentive cousins can get a sink-side tutorial 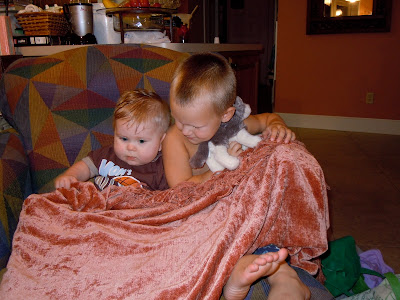 150.  For generous friends to lay-out and form and family to help pour the footer for the new family house on the old family lot 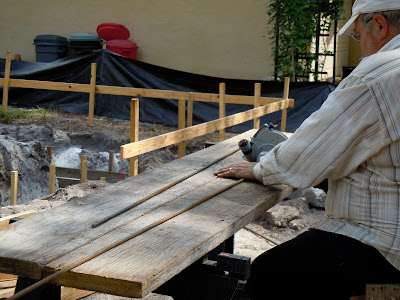 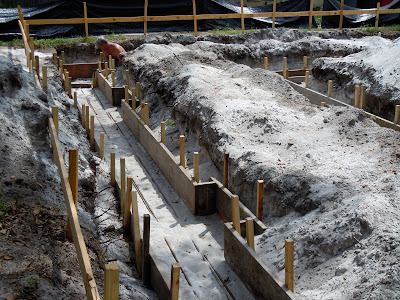 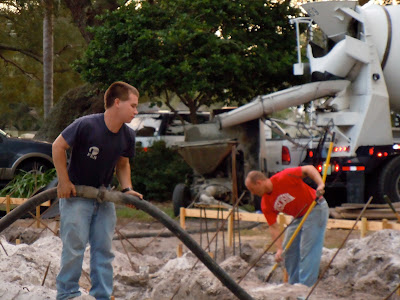 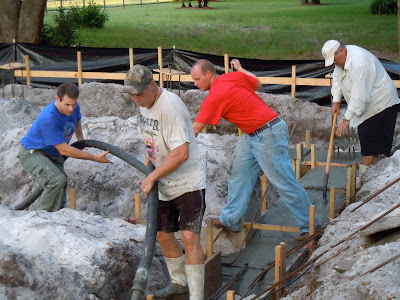 151.  for the blessing of grand-parenting 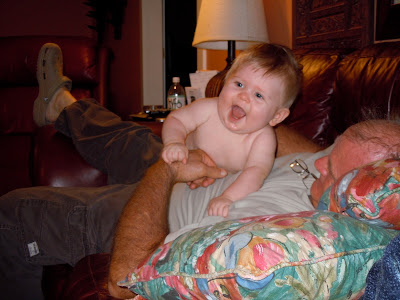 152.  and afternoons of working together 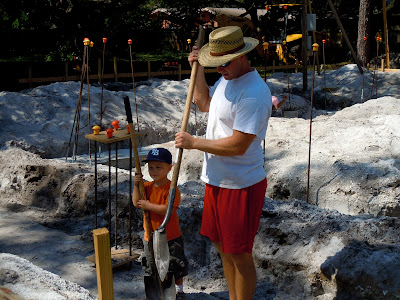 153.  while listening to the Rays CLINCH the American League East 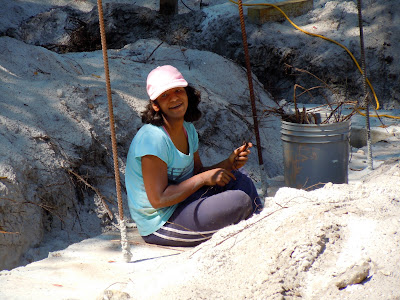 My apologies to Ann Voskamp of "Holy Experience".  I continue to experience difficulties getting her link button for Multitude Monday to copy and display properly.  But clicking on the box below will take you to her blog, even though it appears empty.