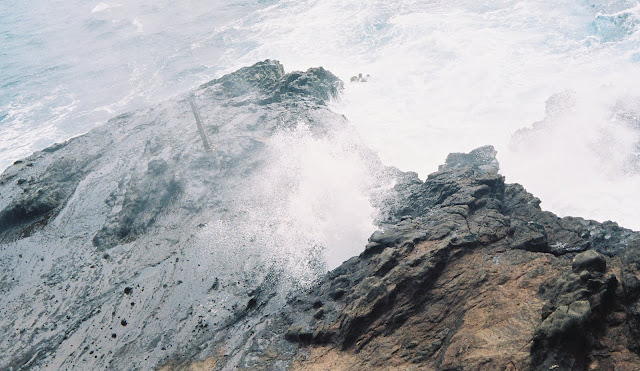 I read "The Search for God at Harvard" by Ari L. Goldman at least 10 years ago.  Goldman, a "third generation American-born Orthodox Jew, then religion correspondent for The New York Times who wrote this engaging spiritual memoir of his year at Harvard Divinity School in 1985, grabbed me when he wrote:

"The most elusive experience for me in my early days at the Div School was, to my great surprise, the Christian experience.  Everybody, it seemed, was trying so hard not to offend the wide diversity of people that were gathered there that Christian spirituality did not emerge.


If, for example, there was a mention in class of the divinity of Jesus, the lecturer would offer an apology to the non-Christians in the room.  If there was a Christian prayer offered at a convocation, you could be sure that some Buddhist meditation would follow for balance.  Religious truth did not seem to exist at the Div School, only religious relativism....


The Noon Worship, organized and led by students, would include some tepid hymns, an inoffensive reading from Scriture and a short sermon usually on the liberal political topic of the day.  The sermons that I grew up with in syagogue exhorted the gathered faithful to change themselves; here in the Div School chapel the plea for change was directed outside, well beyond the church walls....


I often passed the chapel when I was on my way to and from classes.   Occasionally, I would see someone sitting there meditating, but in my entire year at Harvard, I never saw anyone on his or her knees.


To my mind, kneeling is the ultimate expression of Christian supplication.  It is something so Christian that, as a boy, I was taught never to fall down on both knees, even while playing in the park or retrieving some toy from under the sofa.  'Always keep one knee up,' my counselor said at Camp Kol-Re-Na, an Orthodox all-boys summer sleep-away camp in the Catskills, 'Jews don't kneel.'" 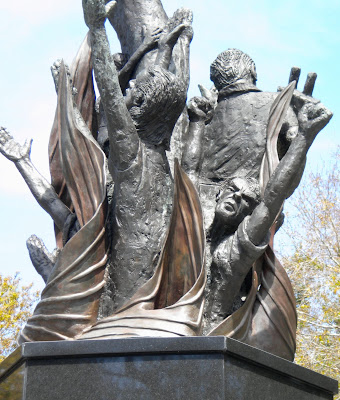 Goldman's words astounded me.  At the point in my life when I encountered his memoir, I could not imagine my life lived without frequent kneeling before God.  I prayed a lot, about 2-4 hours a day.  I  knelt in my private worship to express submission of my life to God, I knelt when I pleaded with God to intervene in my life or that of another, and sometimes I knelt in adoration or in simple waiting, quietly "present" with God.  I knelt in corporate or solitary prayer for others in churches of various denominations, all over my local area, and in other areas of the country when I traveled.

Although my home church during most of my adult life was generally a sitting or standing church - not a kneeling church,  people sitting in the pews were almost always invited to kneel at the altar at the front of the sanctuary at the end of a worship service to demonstrate their desire to trust God, and my last few years there we were regularly invited to kneel at the altar for our corporate prayer time.  Kneeling didn't have a prominent place in our corporate worship,  but it did have a place.

I often knelt in corporate worship whether anyone  around me knelt or not, and whether or not the worship leader invited us to kneel.  I knelt to bow my heart and tune my ear to the still small voice.  I knelt to be a living symbol to onlookers of God's invitation to man to "come, let us reason together".

So it astounded me to read that "Jews don't kneel."  If I'd ever thought about it, I would have assumed they did...for the same reasons I did....to demonstrate personal acknowledgement of God's might and authority.

Apparently so many years of frequent kneeling during prayer had embedded itself so thoroughly in my conversation and relationship with God that kneeling was almost the only traditional expression of Christian worship that remained during my long long season of questioning and doubt.   I still tried to live my life in ways that modeled integrity, compassion, and service to others and I still made time for quiet reading and thinking, but my days no longer began and ended with praise and thanksgiving. 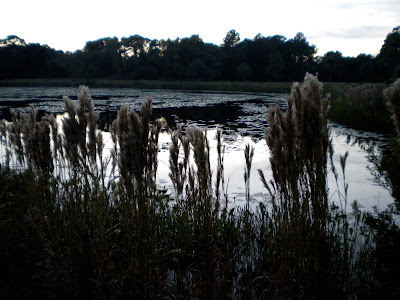 After I returned home from Kolkata, I tried to read my Bible but found it had become an ordinary book, subject to my many questions, doubt and skepticism which had begun brewing before my trip to India.    The words I read no longer called or sang to me with  vibrant love and life.  Church worship services also, largely lost their ability to touch me with encouragement or teaching or conviction.  I stopped dancing, stopped singing and stopped listening to contemporary Christian music to avoid the critical, cynical thoughts that filled my mind.

The journaling that had been such a strong part of my daily "walk with God" stopped being a daily record of my thriving inner life and conversation with God and instead became reading journals into which I copied meaningful sections of books I read.  After several years of my questioning even that fell by the wayside.  The ability to form coherent sentences and paragraphs had abandoned me, and each time of trying to write my thoughts ended in complete frustration.  I had become a spiritual deaf-mute.

I still tried to choose integrity, compassion, and service to others day by day, and I still followed the wisdom of a weekly day of rest.  Thanksgiving broke through on occasion in those first years of my doubt, but generally I was so overcome by the suffering in the world and so skeptical of the beliefs that had shaped me most of my life, that for a season, forgiveness, gratitude and thanksgiving - once key plantings in a thriving, abundantly nourishing garden in my life - became a neglected, patch of dormant plants.

But amazingly, in the midst of all the anger and agnosticism and despair, I still knelt.

At times, when I could not utter a single sentence of prayer, I knelt.  Some early mornings I rolled out of my bed where I liked to read and I knelt on the hard tile floor.  No words beyond "God.......you know" would escape my lips.  Sometimes I slipped out of my rocker or chair onto my knees, letting my posture say what my tongue found so difficult to utter:  "I am here, God.  Come, reason with me." 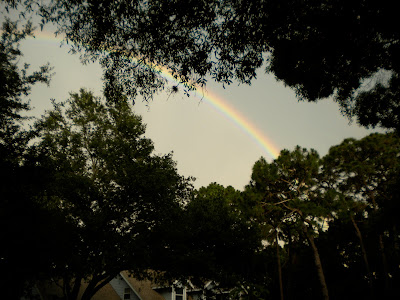 The top photo of the surf pounding against the rock was taken on the island of Oahu, Hawaii, photo #2 is a portion of a holocaust memorial at a Jewish synagogue in Clearwater, Florida, photo #3 is Walsingham Park, and the rainbow photo was taken on our cul-de-sac in Largo, FL - it actually was a full double rainbow!  My thanks to Amy for diverting her run in the park to run home and tell us, gasping!, that we MUST go out and look.
Posted by Sandy at 6:59 PM

I so love your honesty, Sandy. Your realness and transparency. I get so tired of the masks that people wear - myself included - where it seems like we feel the need to paint our walk with and toward God as seamless and perfect, when it is it's own unique journey, as are all of our other relationships.

It seems each time I read your posts all I can say is I am in tears. Like Carrie, I love your honesty. It has taught me so much in the few years that I have known you and I know it will continue to teach me.

What a fitting way to end your post: A RAINBOW